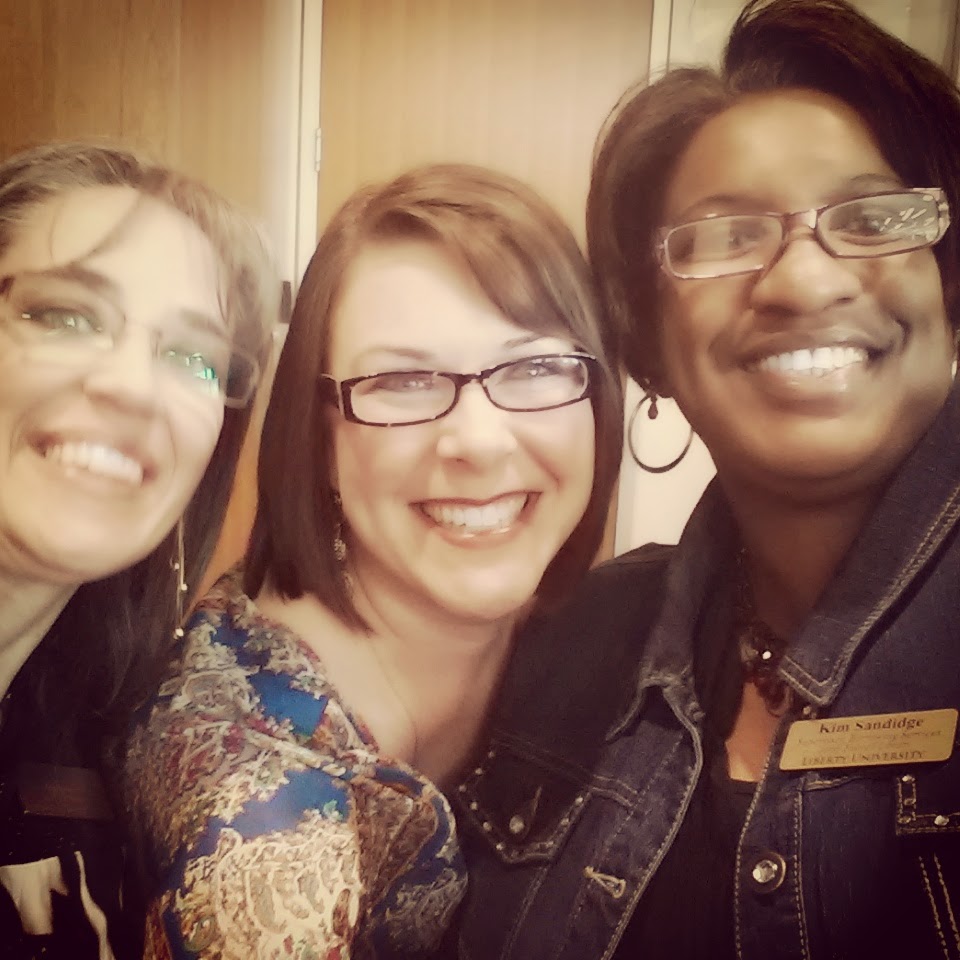 Proverbs 17:17
A friend loves at all times, And a brother is born for adversity.

The two beautiful ladies pictured here with me are not only my dear and true friends, but caregivers just like me.  Kat, to the left, cares for her husband who is currently fighting a 3rd reoccurance of cancer.  Kim, to my right, not only cares for her mother who lives with her but also for her husband who is a diabetic. At the same time, her cousin and best friend is fighting cancer but not without Kim's constant support and love.  And then I sit in the middle continuing to care for my husband who continues to fight heart failure.  What stories we have to tell.

Most would see this picture and wonder how in the world we all look so happy and have smiles across our faces.  The difference for each of us is a personal relationship with Jesus Christ.  Not only does He comfort and help us daily but He gives us a joy which we cannot contain no matter our circumstances.  He also gave us to one another for support and loving friendship.  Some days these ladies are the only ones who can understand my frustrations.  Some days I may return the favor and be the one they can come to for encouragement and support.

I feel sincerely blessed when I look at this picture for it proves the POWER and healing grace of Jesus Christ.  He really is bigger, mightier, and stronger than any force that comes against us.  Remember, God always wins!
Posted by Jessica Daly at 7:12 PM No comments:

Reminder of Past Hurts

Colossians 1:13-14
"For He rescued us from the domain of darkness, and transferred us to the kingdom of His beloved Son, in whom we have redemption, the forgiveness of sins."

Just this past week I encountered a situation that the devil used to so carefully and manipulatively remind me of past hurts which occurred several years ago.  Due to the power of the enemy and my weakness I began to feel all the hurt from a situation I had not felt in years.  The frustration, pain, and betrayal of someone from my past flooded my memory like it had just happened.

I had to stop and remember that God delivered me from that person and used the hurt they caused me professionally within my career to bless me later.  Had that individual not done those things I would not be a research librarian and professor at Liberty University today.  I also learned that I was a much stronger person than I had thought.  I believed that a job defined who I was when God defined who I was all the while.

I saw God not only protect me but provide for me when I needed it most.  I also saw how obedience to Him is always best.  Instead of taking revenge on that person God told me to walk away and allow Him to handle things, which I have learned He did in ways I could have never imagined.

I also learned this week that when the enemy reminds me of the past I will rebuke him and then speak the name of Jesus for when that name is spoken he must flee.  I share to encourage your heart when regret and past hurts begin to creep in.  Don't allow them in.  Call on Jesus and be set free from the pain.

Posted by Jessica Daly at 6:14 PM No comments: 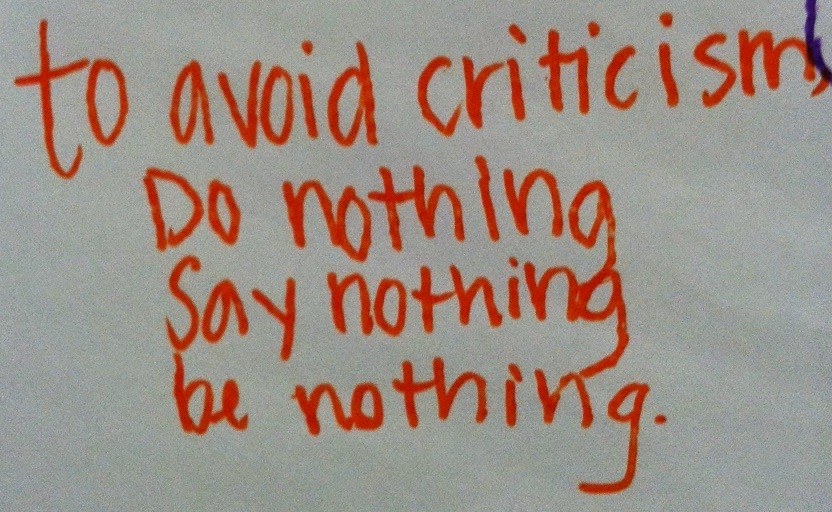 I can do all things through Christ which strengtheneth me.

I recently read a great book called Tribes by Seth Godwin, a man known to be the world's most popular business blogger and best-selling author.  In it he wrote a statement that I cannot get out of my head and knew that I must share with as many people as possible.  It is, “We choose not to be remarkable because we’re worried about criticism.” I don't know about you, but that cut me to the core and the reason is because for years that statement defined who I had become.

What are you waiting for?  God tells us all in the book of Philippians that we can do ALL THINGS through Christ who gives us the strength to make them happen.  What more do we need to know?  Begin to pray about the secret things in your heart you have always wanted to do but been afraid of trying because someone may think it would be silly, crazy, or "not how we do things".  If you do, let me know how it goes!  I believe 2015 is going to be a year of crazy wonderful things from the Lord!
Posted by Jessica Daly at 4:47 AM No comments:

Not Just Another Birthday 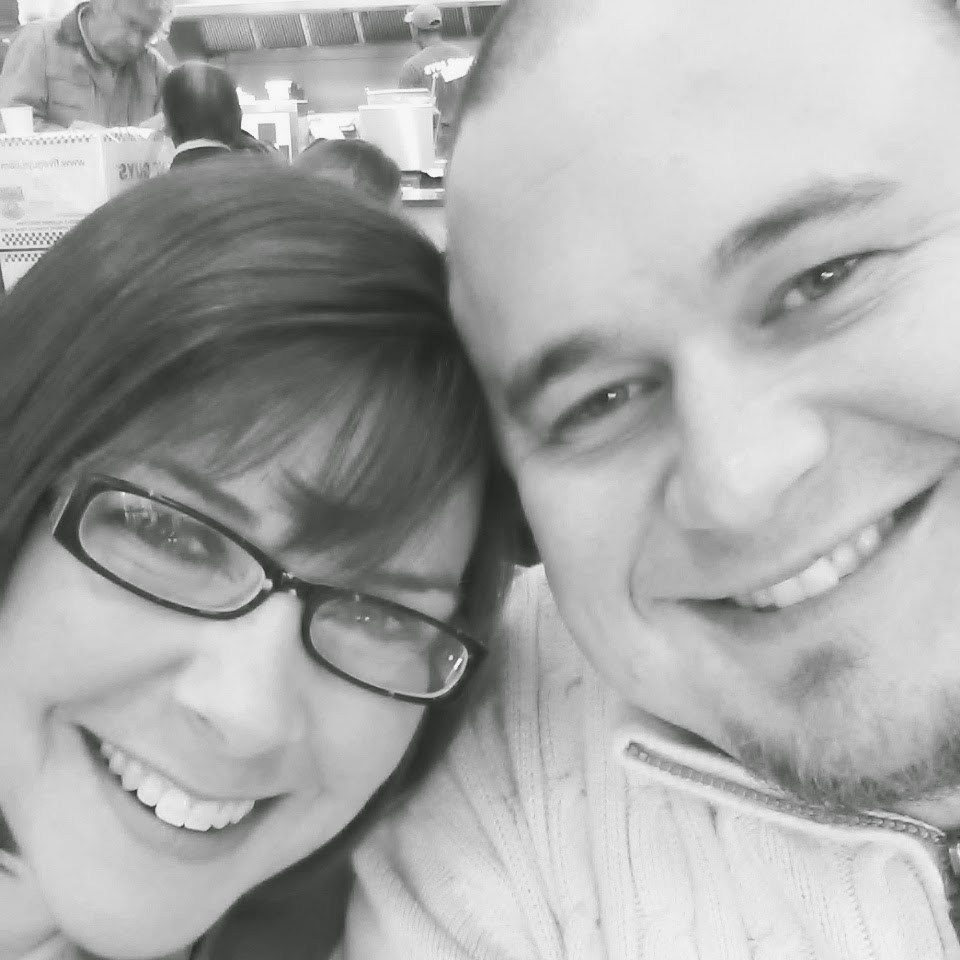 On December 30th my husband, Brian, turned 37 years old.  For most, they would not have thought much about this particular birthday but for me I consider each and every birthday he celebrates a precious event.  Over seven years ago I stood beside his bed at Wake Med Heart Center as several of the best cardiologists in the country explained there was nothing more they could do to help Brian.  I also remember them explaining to us that Brian would not survive longer than 6 months without receiving a heart transplant for his heart was only functioning at 5-7%.  I remember feeling so helpless and the realization of life without Brian settling in on me like an elephant on my chest.

God gave us Isaiah 41;13 in the very beginning of our journey and we held to it every single day.  To this day I have moments when I still squeeze my right hand until it is white for I know He is holding it.  He really has NEVER left us and even in the most frightening times of our lives He has helped us. Brian's heart began to strengthen and improve, which doctors explain is medically impossible, and now his heart function is over 35%!  Again, humans cannot begin to imagine or understand what God is capable of doing.

So as we celebrated the 8th birthday since Brian's diagnosis with heart failure we didn't take it for granted for we understood it is a gift from the Lord!
Posted by Jessica Daly at 8:04 AM No comments: