God Himself Will Provide 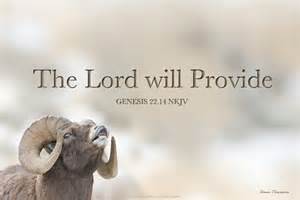 The closer I walk with God and study the teachings of Jesus the more the Holy Spirit reveals to me through the Word about my own personal struggles and victories.  Take this story for example when God asks Abraham what we all believe to be the unthinkable which was sacrificing his own son.  How ironic that later God would actually be the one who gave up His Son for all of us.

I have read this chapter and these particular verses over and over but just last week they became fresh and exciting to me in an entirely new way.  God has asked something big of me which seems impossible.  I know it won’t be easy and I also don’t have the means for which to do it.  So, I am completely relying upon my trust in Him and His plan and provision.  Don’t get me wrong.  This is NOT an easy time but during it, I have drawn even closer to God and can hear His voice even clearer through daily messages of encouragement and reassurance.

I love it that Isaac called to his Father.  That is our first step, too.  God tells us repeatedly to call or cry out to Him yet most of the time we barely whisper.  Next, Isaac asked his Father a question.  God never minds our questions and since He is the one who created us I don’t believe the way in which our brains operate is a surprise to Him.  He made us to communicate with Him.  Our Lord is conversational!  It all goes back to being made in His image.

But now comes the answer which to Isaac didn’t make a lot of sense in the moment but did a little later in his day.  The two were going up a mountain to give a sacrifice to the Lord but to Isaac it seemed they didn’t have one.  Abraham knew that God had asked him to sacrifice Isaac, the son he had waited for so long and loved so much.  God was testing to see if Abraham loved Him more than his own son.  So we read Abraham’s response which explains how “God himself will provide…” even though in that moment it seemed impossible.  In my own moments of waiting I often forget that God is GOD!  I often compare God to a human which is wrong and actually insulting to my Lord.  He is all knowing and the Creator of all.  Because of this, NOTHING is too hard for Him due to the fact He made it all and rules it all.

Just as Abraham readies to sacrifice his own son, God provides a ram in the brush for the offering.  See the wording there.  God provides.  He always does. Even when it’s not done the way we believe it should be and in our timing.  Try and wrap your mind around the idea that God actually knew you before you were created in your mother’s womb, gave you life, loves you, and wants to bless you by providing for you.  After you accept all this for truth life becomes full of joy you can’t explain but want to share.
Posted by Jessica Daly at 1:16 PM No comments: 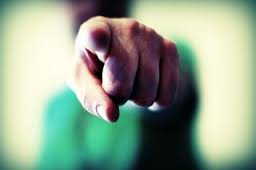 Would he vigorously oppose me?
No, he would not press charges against me.
Let's be completely real with one another.  Okay?  There are days we all face where it seems as if everything in the world is working against us.  There are days when I actually cry out to the Lord asking if He is still there and if He is why He isn't doing something to help me.  (Remember, I said I was going to be honest and that's not always pretty.)

But that's really never the case when it comes to the Lord.  I always go back to Job because his story is one we all should read repeatedly.  Job actually DID have it all.  God loved him and blessed him but then along came the devil.  Doesn't this sound very familiar even in our own lives?  Well, if not for you, it definitely does for me.

I think back to the days before my husband was diagnosed with a life threatening heart disease and given 6 months to live.  I was a 32 year old wife to the love of my life, living in my dream neighborhood, being a mommy to my beautiful 3 year old daughter. And on top of all that, I was an elementary school teacher, which had been my dream since childhood.  Life was good.  New cars filled the garage, new furniture stood throughout my home, and I wore the latest fashions. Hence, my pre-Job days.

In less than a year the lifestyle I had known changed for without my husband's generous salary and benefits we could not longer afford to live this life style on a teacher's salary.  I must admit I get down sometimes, even now, wondering when all that was lost will be regained as it was for Job but I also know God has never left us or forgotten us.  He continues to provide for our family on a daily basis and I also believe has much we cannot imagine. In fact He reminds me daily through Jeremiah 33:3.

You see, when we are faced with the question Job had of whether God is opposing us, we must stop and remember He would NEVER "press charges against" us but instead paid our ransom by sacrificing His only precious Son, Jesus.
Posted by Jessica Daly at 8:54 AM No comments: