A Reason For the Mean 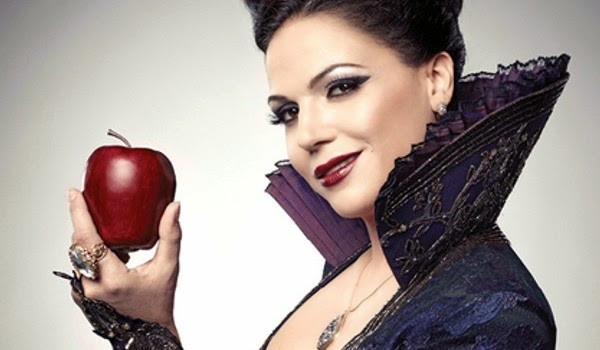 But Saul, still breathing threats and murder against the disciples of the Lord, went to the high priest  and asked him for letters to the synagogues at Damascus, so that if he found any belonging to the Way, men or women, he might bring them bound to Jerusalem.  Now as he went on his way, he approached Damascus, and suddenly a light from heaven shone around him.  And falling to the ground he heard a voice saying to him, “Saul, Saul, why are you persecuting me?”  And he said, “Who are you, Lord?” And he said, “I am Jesus, whom you are persecuting.

I watch a show called "Once Upon A Time" and you may be surprised to find that my favorite character is the Evil Queen, now known as Regina.  Yes, I know what you are thinking.  Why didn't you choose Snow White or Prince Charming or even Belle.  While they are all wonderful characters they don't have the one quality I have come to endear most about Regina, formally known as the Evil Queen.  They don't have a story of redemption.  I watched this character's story unfold week after week as the writers gave me more and more of her background story.  I learned what events caused her evil spirit to grow and how her past hurts blinded her to the way she was hurting others.  She has now changed for the good and I absolutely love it!  She is now using her power to help others instead of killing them!  Whew! What a relief this must be to all her fellow characters!

Yes, you know me.  I connect everything to the Word of God and aren't we supposed to?  I see many similarities between the character of Regina and the person of the apostle Paul.  Much like Regina, Paul was not always on the side of good and fighting for the "heroes" or followers of Jesus Christ.  Paul, like Regina, experienced a name change when his heart changed.  He was Saul, the enforcer and scholar practicing under the Pharisee Gamaliel, while the character of Regina was the Evil Queen practicing under the dark one, Rumpelstiltskin.   Both Regina and Paul were driven by a revenge on others which often ended in the death of those who they believed came against them.  Paul and Regina both experienced life changing events that helped them see how pointless their actions of evil really were.  This was when the change in both of them began to happen.  It was evident to all those around that something profound had taken place and they had changed for the good.

Paul now used his power and influence for good and to spread the gospel of Christ Jesus instead of using it to kill and destroy those who were Christians.  Like Paul, Regina stopped trying to kill the heroes and instead joined forces with them in hopes of finding her own "happy ending". The most ironic similarity has to be that as a Christian, Paul desired a happy ending as well.  Paul says in Philippians 3:14 " I press on toward the goal to win the prize for which God has called me heavenward in Christ Jesus."  His happy ending was being one with Jesus Christ in Heaven.

Today I pray for each of you to use your own redemptive story of salvation for good.  There is power in your testimony.  The devil will tell you there is shame but that is a lie!  Share your salvation story today and just watch what God can do.
Posted by Jessica Daly at 2:39 PM No comments: 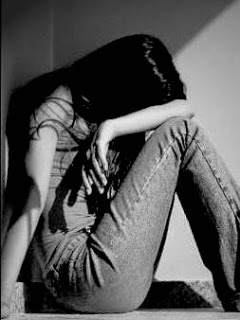 For to you has been given the privilege not only of trusting him but also of suffering for him.
Philippians 1:29 TLB

Just when I think I am doing so much better trusting the Lord with my life I come across another scripture where I am reminded of how being a Christian doesn't exclude me from suffering and hardships.  What is wrong with this picture?  Isn't being a Christian supposed to be all butterflies and rainbows?  You mean real life happens to those who surrender their hearts to Jesus?  Wow!

This scripture is a great example of God telling us the truth.  He wants us to know what is coming our way.  We have not only a "privilege" of trusting God but also of suffering for Him.  What?  Suffering for the Lord?  Why have we got to face that?  I have one answer and that would be...JESUS!  Think about it.  Jesus trusted and suffered for His Father so why wouldn't we be okay with doing the same?  I mean, Jesus DID die to save us from an eternity spent in hell, right?

Suffering is never something we would choose but I can't think of anyone else I would be more willing to do it for.  If Jesus can save me, protect me, provide for me, bless me, and love me, the least I can do is trust and yes, suffer for Him, too!
Posted by Jessica Daly at 7:03 PM No comments:

A Step In the Journey 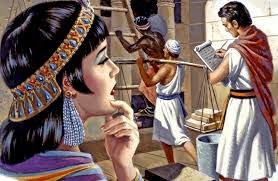 I can imagine that after all Joseph had been through up until this point in his story, he thought that God had surely brought him into a blessed place.  He was no longer treated as a slave in Potiphar's house but as the head of the household.  The scripture states that Joseph was "a successful man".  For a time I bet Joseph thought he had finally made it.  What a disappointing moment it must have been when Potiphar's wife began to chase after him and then after being rejected lied about him.

What a horrible day when Joseph was accused of making sexual advancements toward Potiphar's wife and thrown into prison.  How could this have happened if God was with him? He must have wondered, "Why did God bring me to this place if wicked people were going to come against me?" Well, I wholeheartedly believe that everything in God's plan, good or bad in our eyes, is meant for good.  God used Potiphar's wicked wife in order to take him to the next step in his journey.  Had he not been falsely accused and thrown into prison. Joseph would never had ended up interpreting Pharaoh's dream and become the second in command for all of Egypt.

I believe the theme of this story is true in each of our lives as much as it was for Joseph.  God is with us all the time and we experience His favor upon us wherever we go.  At the same time, things are never perfect.  Things have happened to me that I cannot understand. for I knew I was where God called me to be. Remember, being obedient is NOT easy.  God will allow things to go in what we feel is a bad direction in order to redirect us to a place we would never had never dreamed of.  He will allow evil or wicked people to enter our lives in order to push us to levels we would have feared even attempting to reach for. had things continued to be a bed of roses.  So, the next time you know you are in the will of God BUT are still mistreated or even persecuted, smile and get excited for God may be about to move you to the next step in the journey.
Posted by Jessica Daly at 10:34 AM No comments: 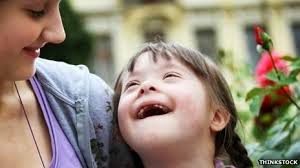 Caregiver, when I read these scriptures written by the disciple Matthew, I knew I must share what the Holy Spirit shared with me.  I fully envisioned caregivers.  First, we see a picture of a son asking his father for bread.  Many caregivers, much like myself, find themselves caring for a sick child or child with a special need.  Are we not going to do all we can to help them?  Will we not give them what they need to be the best they can be?  Sure we will!
Next it shows the opposite which is actually giving our children something harmful when they need our help.  We would NEVER do that so why then would we ever think those thoughts against our Heavenly Father?  I must be honest and admit that I struggle with doubts and worries constantly and for no good reason.  I know the faithfulness and the pure goodness of my Lord yet I allow the outside voices of the world orchestrated by the enemy himself to blur my vision.
When I read verse 11 I am reminded that as much as I desire to provide and care for my daughter it can NEVER compare to what God feels for me.  I am brought to tears for this type of love and thoughtfulness is beyond my comprehension.  God is our ultimate caregiver and His desire is to care for you.  Never lose sight of that.
Posted by Jessica Daly at 6:56 AM No comments: